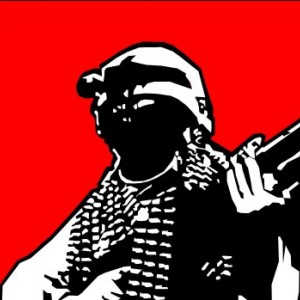 MSDNC's Jim Vandehei, who is the co-founder of Axios and a very typical left wing ideologue who seems to lack any self awareness. He joined Morning Joe yesterday morning to whine about groups of Trump supporters who have been raising a lot of money in order to expose and discredit all the Democrat operatives posing as journalists in the media. I'm not part of those particular groups, but I do count myself among those who were doing that very thing long before Trump came along.

A quick background on Mr. Vandehei . He's a left wing guy who's worked at several leftist publications including the Washington Post and Politico. Now he goes around lecturing about how bad it is that people are rejecting Democrat party propaganda masquerading as fact based news. His whole shtick is to never address bias and instead demonize the critics. If you watch my channel, you know that's the modus operandi on the Democrat media. Watching this you must be thinking, "gee, aren't there left wing groups that spend a lot of money to attack and discredit Fox News"? Groups like Moveon.org and Media Matters just to name a couple. Even Barack Obama spent a lot of time attacking and discrediting Fox. Yes all these things are true, but you're forgetting the golden rule! It's always different when they do it! Predictably, Vandehei explains away his hypocrisy by claiming it's different saying quote,

"“What’s different here is when you read this fundraising pitch it is really to go after the individual reporters and really try to damage their credibility in public, to work with what they call friendly media outlets to get this information into the public sphere during the election to help Trump and to hurt those reporters.”

That is exactly what Media matters and moveon.org do, except of course they're trying to get Democrats elected. In fact this is exactly what the so called free press has been engaed in since Trump took office!

Instead of addressing the public's distrust of the media which goes back decades, Vandehei deflects and paints media critics as mindless cultists who are just repeating a mantra. He's right about one thing, more and more Americans don't believe anything the media has to say. It's funny how constant lies, double standards and obvious political bias can damage your credibility. His implication here is that Trump has some how created this distrust of the media, when in fact polling shows distrust in the media has been low and dropping for a very long time. How deluded do you have to be to sit there complaining that people don't trust you when you're actively being deceptive and misleading? And again, Barack Obama had a very open war on Fox News that much of the media took part in. But I'm sure that was different. Nobody should take one journalist's or one network's reporting as the unvarnished truth.

If there's any poison or virus that's been planted, it was self-inflicted by blind ideologues like Mike Barnacle who has long been Democrat party mouthpiece. Again, we know that polls have shown a lack of trust in the media going back a very long time and yet he's blasting out vile hatred of our president and dividing this country based on complete lie that Trump has somehow created this distrust. Who would trust a network that would purposely edit 911 audio and video footage in order to manufacture outrage? Who would trust networks that literally just echo talking points from the Democrat party? Being deceptive and demonizing your critics certainly isn't going to help your cause, because you're always going have people like me exposing your lies.

If you want to help me continue holding them accountable, please consider subscribing to me on Patreon or Subscribestar. For just 1$ a week you'll not only help this channel to survive, but you'll also get access to one exclusive video every week. I also accept cryptocurreny and Paypal donations!